How My Search For Mr. Right Was Derailed By Mr. Wrong — And Why I’m Joining A Convent 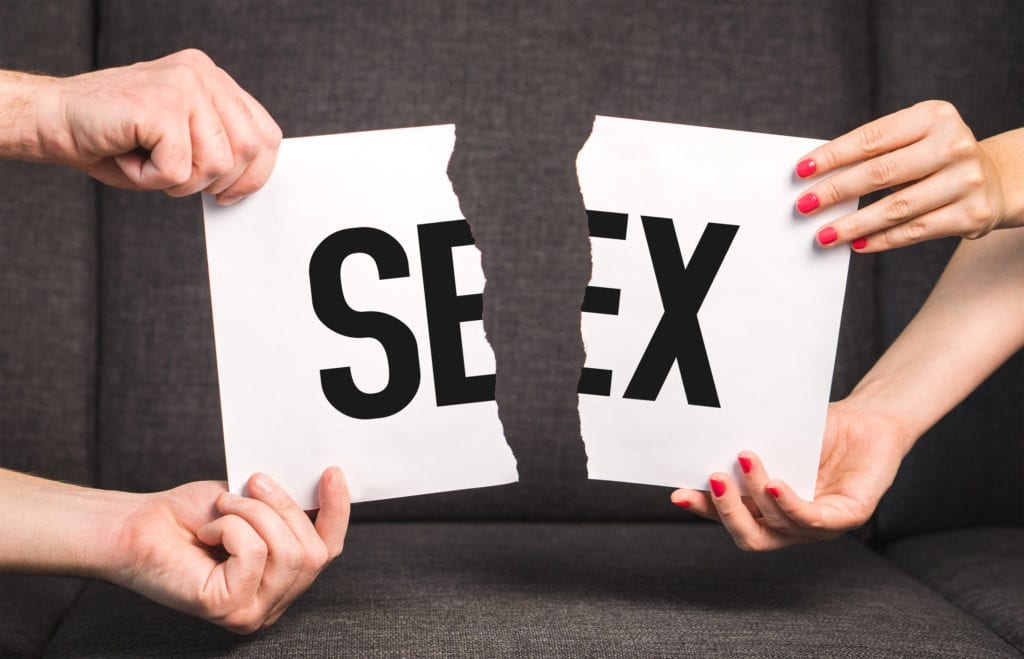 While sex is commonly defined as skin-on-skin action with all the attendant whimpering and wet stuff, the journey to the Big O starts long before an article of clothing is shed.

Foreplay begins with the initial connection, a glance or smile across a crowded room. It’s in that magical moment when my lady parts go on high alert and I’m ripe for the picking. But not just any picker. I have my standards. Doesn’t everyone? Alas, no. Based on conversations with gal pals, the criteria is often something like this: If he can sketch the location of the G-spot on a cocktail napkin while simultaneously licking his eyebrows, it’s go-time.

No judgment here. We all have needs and it’s a one-night stand — or so you tell yourself. Except when it isn’t, those awkward few minutes when it’s over and the only things more mangled than the bed sheets are your emotions. It could be the worst sex you’ve ever had but that pesky conundrum hangs in the air like week-old unrefrigerated milk: What if it was just an off night? Or it could be the best sex you’ve ever had and you wake up six months later in a serious relationship with a jerk who’s swapped your clitoris for a joystick. You know the type, the loser who thinks a romantic evening is pizza and a poke by candlelight because he forgot to pay his electric bill.

But it’s his fault, right? Nope. You failed to do your Dude Diligence, the ability to see past his sexy baby blues to the guy beneath who, if you’re lucky, won’t leave you hanging in the home stretch.

Are there warning signs? Hundreds, but for the sake of brevity, I’ll list only a few and the remedial action you can take to save yourself from heartache and financial ruin:

In short, use your head and everything south will reap the rewards. Too cerebral? Okay, how about this. Blow is just an expression. Suck it.  ~ SKS 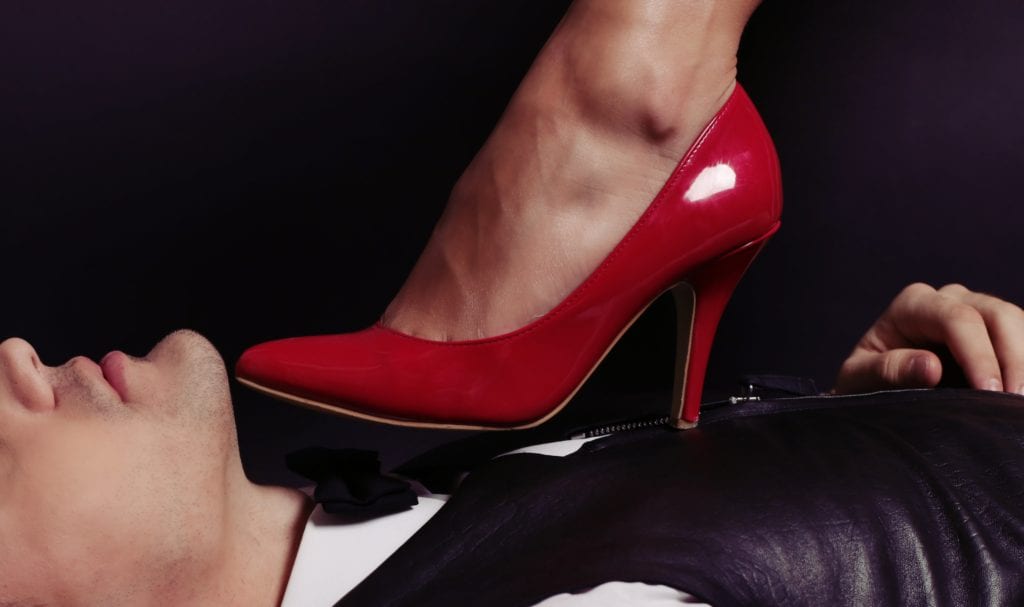 I went with a somewhat shorter title as I slipped on a pair of twenty-five-year-old jeans for inspiration－my Bon Jovi pants－to get in touch with memories of a bygone era.

In today’s response to Shelby’s notions, I will be drawing upon my years of experience as a behavioral researcher to portray myself as a typical mindless male in a club setting who has too much blood being sucked from his brain by his semi-engorged member. This, of course, is purely fictional as I have no actual experience in this area because I was always SO evolved. (Coughs.)

1) The journey to the big O: This is probably the sex is mental for women thing every guy in a bar doesn’t care about. “Mental” being the operative word. Intoxicated horny women display varying degrees of mental. Two drinks and they are flirty. Three. . . and they get touchy-feely. Four. . . and the mental escalates from tequila body shots to making out in front of everyone. If you are lucky enough to find a power-drinker, there are no limits to the inhibitions she may chuck. Washroom, parking lot, and back-alley fire escape sex are now real possibilities. Among this group there lives a unicorn, who I named Paris. This pinnacle of mental will demand you do her in public, perhaps right on the bar.

2) On sketching and eyebrow licking: The G-whaaa? Just kidding. I mastered that with no hands at twenty-five. I’m not much of a sketch artist, but I’m down for a manual manipulation audition in a washroom stall while we warm up my tongue for the eyebrow test. If all goes well, we can go to your place because I ain’t cleaning that up.

3) One-night-stands, off nights, and electricity: Women are too caught up in attraction and not concerned enough about performance. Tall, dark, big hands, a knowing gleam in the eye, a few muscles. . . This is why the Mazda Miata and Porsche Boxster were created. They suck, but women love them. “Off nights” happen for a number of reasons. First and foremost, I don’t really care what transpires with a one-nighter. Secondly, alcohol, in just the right dosage, can make me an unparalleled stud, but getting the dosage right requires knife-edge balance. Too little could mean a quickie if she is smoking hot; especially if there was prolonged anticipation and foreplay. Too many drinks and I’ll wear us both raw in an attempt to get myself off. There is also a risk if you rock every one-nighter’s world. They will want to stick around, sometimes for months, forcing you to pull the main breaker of your electrical panel every time one comes over in an effort to convince them you’re a loser who can’t pay your hydro bill. About half of all women are not clear on the meaning of a ONE-night-stand. As far as performance forgiveness goes: I drove a Boxster once. I don’t need to drive another one to know they still suck.

4) Safety in numbers: The posse is a group of men who go drinking to forget how much they hate women, and that is exactly what happens. Alcohol was probably invented by women. I better write that down so I can. . . Oh, look at the ass on her. She’s smiling. Game face. Tic-tac. Go. Right there, we just lost one. Never go to a bar alone or with just one wing-man or you might wake up with a couple of threes and have to lie to your friends about bagging a six.

5) On situational awareness: You don’t go duck hunting without surrounding your blind with floating decoys. Go talk to a seven and her friends, but keep an eye on the ten you caught checking you out.

7) Only the words “blow” and “suck” registered: Okay! I’ll give you twenty minutes to stop doing that. ~ EAB 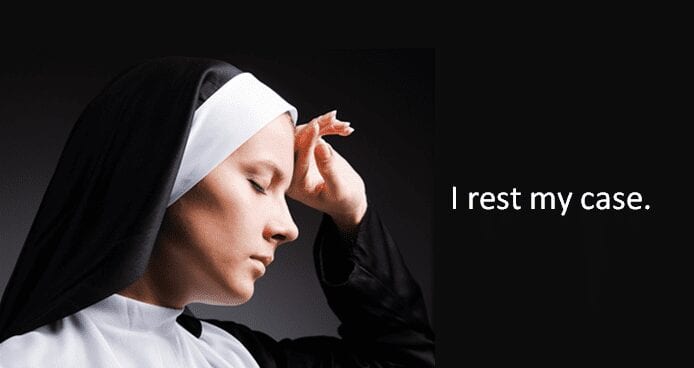 Want more of E. A. Barker? Visit his site by clicking on books below. 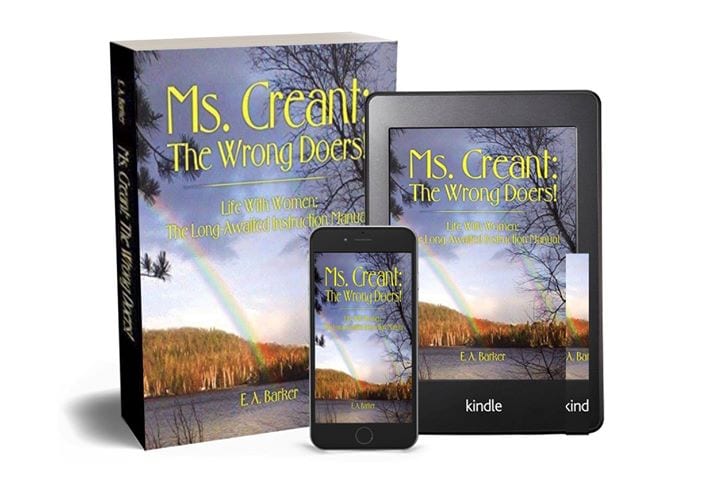 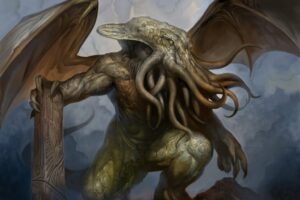 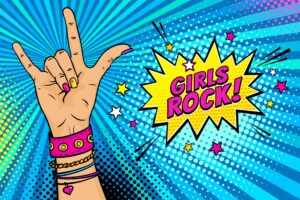 My Transformative Journey Through Rock and Roll by Scarlett Knight

I’m not a musician, but I grew up blissfully surrounded[...]